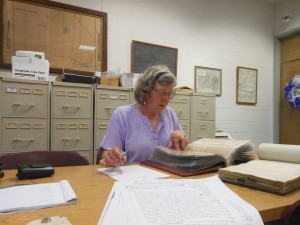 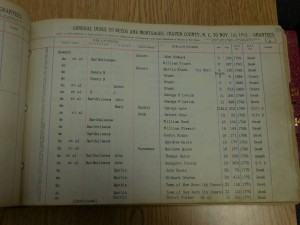 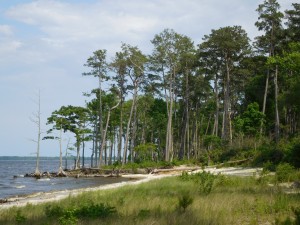 In early December I hit a roadblock in my writing. This week I worked my way through the obstacle and finished developing Horton Howard’s estrangement from his eldest son, Henry. Familiarity with family estrangements – in my own family and in some friends’ families made this a challenging part of the story to write. For weeks these estrangements were obstacles to writing until they recently became tools for making a believable story out of a small amount of preserved information.

In 1810, Horton kept a copy of a letter that he wrote to his 18 year old son, Henry. It is obvious that Henry had left home with some unpleasantness, possibly that Horton had been a bit heavy handed in pushing Henry toward his idea of suitable employment or profession for his son. In the letter, Horton referred Henry to friends in New Orleans who would provide financial assistance for Henry to return home. It is also obvious in this letter that Horton has much love for his son, wants to help him make wise choices, and wants to see him well established as he enters adulthood.

Despite the letter offering love and financial assistance, it is probable that Henry did not return home for quite some time. In May of 1811, a U.S. Seaman’s Protection Certificate was issued in New Orleans to a Henry Howard, born 1792, and a native of North Carolina. I can not be certain that this is my Henry Howard, but it is not an unreasonable assumption. Horton’s son was born in North Carolina, in 1792, and Horton wrote to him in New Orleans sometime in 1810. It is likely that Henry served in the Merchant Marines, and possibly became disenchanted with this life as the British impressment of US sailors escalated leading to the War of 1812.

We do know that Henry returned to Ohio and was married there in 1812. He is not as prominent in Horton’s later letters as his younger children, but he is mentioned from time to time, so there was some degree of reconciliation between father and son that we’ll see as the rest of the book develops.

I am impressed, when reading Horton’s letters, by his dedication to his family, and the importance he places on maintaining family connections. Some of that was likely the influence of the Quaker ways, but I wonder how much was a result of life’s uncertainties. Without antibiotics or other medeicines we take for granted, disease and death were common.

In July 1821, Horton’s second son, Joseph, left home to marry and return with his bride, Pharaby Patterson. This happy event turned to sorrow when the young wife contracted bilious fever and died less than three months after the marriage. Pharaby must have been loved by others in the family, as Joseph’s uncle chose this name for a daughter in early 1822.

Joseph’s sister, Rachel, also married shortly after her brother, and reportedly moved away to Kentucky. Rachel also died, in 1829, of bilious fever, leaving her husband with 3 children. In between these two deaths, Horton and Hannah also lost their daughter, Hannah, in 1825.

After these losses, it is understandable that Horton would hold his remaining family very dear.

Death continued to cause sorrow in the Howard family

Bilious fever and intermittent bilious fever are among the many diseases that have changed names over the years. These and other archaic medical terms will be discussed at a later date.

To continue the Christmas theme, this excerpt is from a letter Mary Howard Affleck wrote to her sister Sarah Howard Forrer on January 20, 1866.

Harriet has not been here since Christmas. Mary Howard stayed with us several weeks and would willingly have remained longer if her mother, who has no girl, had not needed her at home. I should be glad to keep her all the time if her mother could spare her. She is a very good child, bright and intelligent, and reminds me of Elizabeth Pierce when she was a child. She reads a great deal and understands what she reads, has nearly finished the “Rollo books,” (fourteen in number) which are now hers – the same I gave to Howard and Edward for a Christmas gift several years ago, and with which Howard was so delighted that he read the whole of them to me in less than a week. He used to read a great deal to me, and appeared to enjoy it as much as I did. None of the other children liked to read aloud, and I have missed those pleasant readings sadly

When transcribing these letters, I have enjoyed Mary Affleck’s writings about her namesake granddaughter with some feeling of dreadful anticipation. Before reading these letters all I knew was that Harriet Affleck had a daughter who died young. Sadly, this letter is the last I have found that mentions Mary Howard Patterson.